Nicolas created APO Group in 2007 while he was a journalist for online Gabonese media Gabonews and Deputy President of the Pan African Press Organization in France (APPA – Association de la Presse Panafricaine). He founded the company with a savings of €10,000, as start-up capital. The objective was to provide international and African media access to reliable news about the continent’s economy, businesses, and investment. Since then, APO Group has helped communicators relay compelling, uniquely African stories to audiences, enabling a change in the African narrative to a more positive tone. 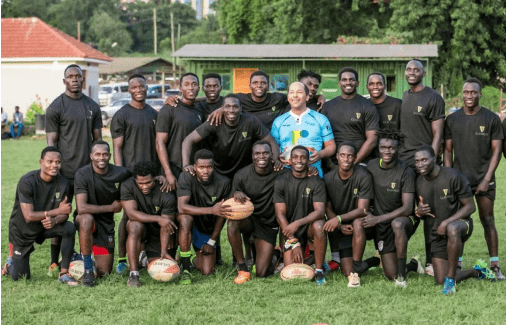 APO Group is the strategic partner of Getty Images in Africa and has established partnerships with the African Union of Broadcasting, Bloomberg, Thomson Reuters, CNBC Africa and SABC (South Africa).

APO Group is a also member of the UNESCO’s Global Education Coalition, of the UNESCO-led Global Alliance for Partnerships on Media and Information Literacy, and has established partnerships with the World Health Organization (WHO), the African Union Commission, Invest Africa, Venture Capitalism for Africa (VC4A), and The Canada-Africa Chamber of Business.

APO Group is a Partner of the Roman Catholic Church in Africa (Holy See) ; and was the Official Strategic Public Relations Partner of the African Union at the Expo 2020 Dubai.

In December 2018, Nicolas stepped down as CEO of APO Group and was succeeded by a former CEO for Africa, the Middle East, and Eastern Europe of Orange Business Services, the B2B division of French Telecom giant Orange. His successor also served as Chairman of the Board of Orange Business Saudi Arabia, and Middle East Director in the Gulf region for Accenture.

During his time as CEO at APO Group, Nicolas has been growing the company as well as serving and advising hundreds of multinational companies to invest and conduct business in Africa. As Chairman, he is focusing on delivering high-level counsel for the company’s clients and developing his investment fund dedicated to Africa.

Since 2020, Jack Ma has invited Nicolas to be one of the seven semifinal judges of the annual  Africa’s Business Heroes (ABH) prize competition, helping to identify the ten finalist who go forward to compete in a ‘pitch finale’ in front of Jack Ma himself.

In 2021, the International Organization for Migration (IOM), part of the United Nations, had asked Nicolas to be the Jury Chairman of the 2021 West and Central Africa Migration Journalism Awards. Some of the jury members included the Secretary General of FIFA, Fatma Samoura, and the Senior Vice President of the African Development Bank Group (AfDB), Bajabulile “Swazi” Tshabalala, to name a few.

Nicolas was also a speaker at the Bloomberg Africa Business Media Innovators forum 2019, at the Africa Women Innovation and Entrepreneurship Forum (AWIEF) 2019, a moderator at the Africa Hotel Investment Forum (AHIF) 2019 and at AHIF’s Africa Tomorrow conference 2020.

Nicolas’ success story has been featured on CNN, in Forbes, in Forbes Africa, and on CNBC Africa.

Nicolas enjoys motorcycling and has a Triumph Rocket 3 R and a KTM 890 Adventure R that takes pride of place in his home garage. He is also a proud owner of a “cruzado portugues” show horse.

Prior to founding APO Group in 2007, Nicolas served successively as Deputy-Director of the French regional daily newspaper Le Petit Journal, Director of FNSEA farmer’s Union in Tarn-et-Garonne (France), parliamentary assistant at the French parliament (Assemblée France), correspondent in Europe of the Gabonese press agency, Gabonews, and Deputy-President of the Panafrican Press Association in France (APPA). Pompigne-Mognard studied law at the Université de Lille (France), and speaks English and French. He is married with three children and lives in Lisbon, Portugal.

NICOLAS AT A GLANCE

If We Don't Own Our Story,
We Will Lose Our Sovereignty